Barefoot shoes instead of high heels. Why women come down from high heels 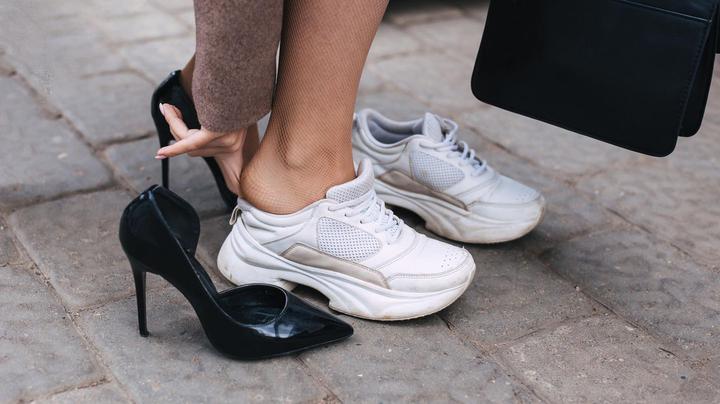 Barefoot shoes instead of high heels. Why women come down from high heels

by Doris Schneyink
On average, women buy six pairs of new shoes a year. And the heels are getting flatter. An interview with the art historian Kerstin Merkel about high heels, barefoot shoes, eroticism and power

Ms Merkel, if you look around you get the impression that more and more women are coming down from high heels. They wear sneakers instead of stilettos.

We are breaking away from viewing habits that have shaped us for more than 300 years. In the 18th century it became common practice for women to wear high heels with dresses. That was a social code. But it dissolves. About ten years ago I noticed for the first time that women in metropolises like New York are very dynamic and quick to wear sneakers. Women want to be flexible. I see that here in Beijing, where I currently live.

On average, women are smaller than men. Don't high heels also give you self-confidence?

They still are today, right?

What examples from history can you think of?

Women got rid of everything that made them immobile, trains, expensive silks, impractical puffy sleeves reaching to the floor, the corset. The tight lacing has deformed and severely damaged the female body. It happened that ribs broke and pierced the lungs. Organs atrophied, women fainted because they could hardly breathe.

Wasn't this ideal of beauty more of a problem for queens and wealthy citizens?

Not having to move was a signal of wealth and power. Look, I have the luxury of staying seated. I'm not a farmer's wife, not a maid, not a driver.

Today, women race through their everyday lives - from the office to daycare to the gym, to the kitchen, to the club. There is no longer a litter to carry her through life.

Today, women need stability, the secure feeling of standing on their own two feet and not faltering. That's why minimal shoes are a great invention.

In conservative industries, however, high heels are still part of the female dress code. Nothing changes there?

If you look at American shows like Suits, women's skill is still walking down long hallways in heels and looking great doing it. This is a male gaze that is still very formative in some industries and cultures. In Japan, women recently took a stand against having to wear high heels to the office. But the Minister of Labor rejected her petition, saying the high heels were "necessary" and "appropriate". In the meantime, in Western culture, that would be unimaginable.