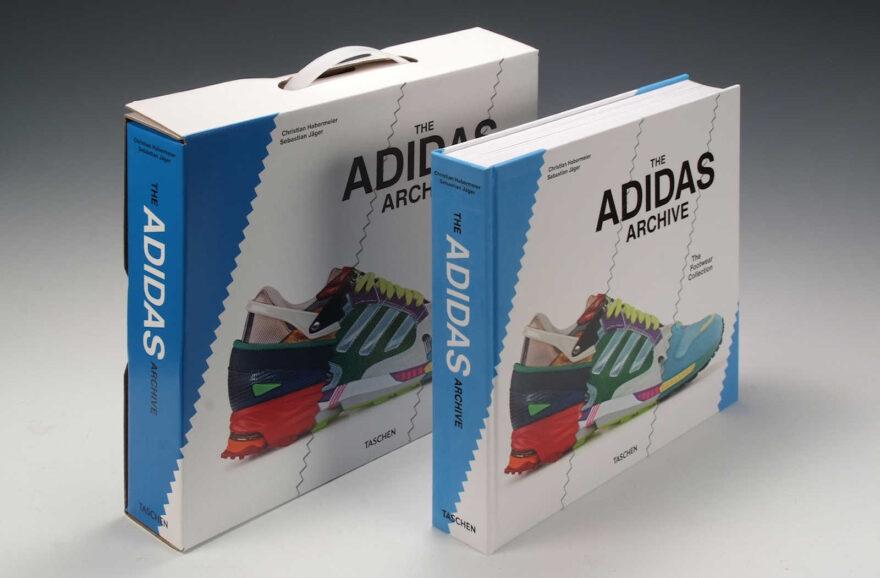 In addition to the distribution of lifestyle products as a manufacturer of sporting goods at national and international level, the German company Adidas works.

Herzogenaurach-Adidas founder Adolf Dassler anchored three stripes on his sports shoes as a identification sign.The strips not only delivered a distinction factor, but soon created a unique selling point, because in 1949 Dassler had the strip construct protected by trademark law.Another trademark was added in 1971: a logo with three leaves, with symbolizing the three continental panels, which in turn stand for the Olympic spirit.The recipe was successful, because in addition to competitor Nike, Adidas is the most successful sporting goods manufacturer in the world.The listed company has its headquarters in Herzogenaurach in Franconia.

The history of the company Adidas began in 1922 when the brothers Adolf and Rudolf Dassler manufactured tailor -made sports shoes for runners and footballers in an improvised workshop.Special highlight for the first used tunnels for the first time, which were screwed to the sole and promised the user better hold on the lawn.Over time, more and more division shoes were added.So the brothers adapted their products to the needs of athletics, sprint and tennis.During the 1936 Olympic Games in Berlin, US athlete Jesse Owens won four gold medals-all in Adidas shoes, which made Owens the first (unpaid) brand ambassador of the strip company.

Although their company continued to grow, the connection between the brothers Rudolf and Adolf Dassler broke into the fractures.The unequal couple quarreled because disparate characters crashed into each other.While Rudolf Dassler was a light -lasting businessman, Adolf Dasler shone more through his sensitive talent.As a result, Rudolf Dassler got out of the Adidas product line and founded his own company.It was the birth of Puma, a brand that is still one of the biggest competitors in the Adidas Group.Both companies are located in Herzogenaurach near Nuremberg.

Expansion to other areas

Adolf Dassler meanwhile continued to develop his shoes, from now on alone, but no less success -oriented.In 1949, Adidas AG was launched.Almost 50 employees gathered in Adolf Dassler's shoe factory, which expanded annually.Especially in 1954, when the German national soccer team in Adidas shoes became world champion.This made the brand known beyond the borders of Germany.In addition to shoes, footballs, sandals, tennis rackets, pants and training suits were produced and promoted by Franz Beckenbauer.The tennis professionals Stan Smith and Ilie Nastase soon joined the brand ambassador.An investment in the US market and the basketball sports there opened further opportunities-and profits, because players and fans also wore the shoes more during their free time, which rapidly raised the sales figures.

After Adolf Dassler's death, who had put together the company name from the words "Adi" and the first letters of his surname "Das", the company management passed to his family.The company was the world market leader at the time and generated sales of around four billion D-Marks each year.The fracture took place in the mid-1980s when it was missed to put the fitness wave at the side.Adidas lost his position and was taken over by the French entrepreneur Robert Louis-Dreyfus.He managed to stop the downward trend and to run into the opposite.In 2001 Louis-Dreyfus handed over his office to today's President of FC Bayern Munich, Herbert Hainer.In 2006 Adidas took over the US competitor Reebok (Rehbock) for 3 billion euros.Background of the campaign: The increase in sales figures in the USA and thus an (indirect) attack on the industry giant Nike.

Sale of the subsidiary Reebok

However, the undertaking was not successful, since Reebok had continuously weakened his former market position through focus on the areas of music and lifestyle.To make matters worse, a poor sales strategy was added, so that Adidas decided in 2021 to reject the subsidiary Reebok.The company is now owned by the New York brand management company Authentic Brands Group.

The company Adidas: the board

The board of the Franconian company Adidas consists of six people:

Roland Auschel sits the longest on the board of Adidas.He has been responsible since 2013.Amanda Rajkumar has been there since January 2021.The company is based on the pillars of sustainability, credibility and consumer experience.The organization is divided into the sub -areas "Adidas Sport Performance", "Adidas Sport Heritage" and "Adidas Sport Style".

The company Adidas: The different sectors

Adidas has long since emancipated itself from the singular production of sports shoes or sportswear.You invest in many different sectors, since the German company now sees itself as a manufacturer of lifestyle products.The core business therefore includes:

In addition, Adidas sells special designer products that can be assigned to the high price segment.These include, for example, an avant-garde collection for women and men, a sports collection with Porsche design and a unisex collection that does not make any gender-specific differences.

Cooperation with designers and musicians

It is not uncommon for appropriate products to be designed by well -known designers who enter into a joint venture with Adidas.The sports collection for women is subject to cooperation with Stella McCartney.Yohji Yamamoto gives his name as well as the avant-garde line as the Unisex line.Raf Simons also gets involved in the Unisex sector.The musicians Kanye West and Pharrell Williams also advertise (thanks to millions of contracts) for the German company with the three strips.In general, there was always a strong link between Adidas and the music division.

Athletes as a brand ambassador

Former work with Madonna and the band Run D.M.C.Maintain from the aim of the German company to permanently place the Adidas brand on the US market.The target group is primarily a young, urban audience, such as the fans of the music group Korn, whose members performed in adidas training suits during their stage shows.Classic brand ambassadors, on the other hand, were the athletes David Beckham (football) and Jelena Issinbajewa (pole vault).The Bundeswehr sports funding group also appeared in the meantime in clothing designed by Adidas.The football clubs FC Bayern Munich and Union Berlin have been equipped and sponsored by Adidas for many years.German brand ambassadors include Mats Hummels, Bastian Schweinsteiger, Thomas Müller, Manuel Neuer and the tennis player Andrea Petkovic.

The company Adidas has locations around the world.Like several other large corporations, Adidas has outsourced the majority of its production.Around 700 suppliers are contractually bound to the group.They are distributed over 50 countries.The products can be ordered via the Internet or purchased directly in the shops.In 2008, ADIDAS AG maintained 1,884 sales branches worldwide.By 2014, the number grew to 2 913 shops.Since then it has been going up and down, with a total of 2 456 shops counted in 2020.

The company Adidas, initially a Holding GmbH, was converted into a stock corporation in 1993.The large corporation has been listing on the stock exchange since 1995.Three years later, the DAX (German stock index) was included.The DAX measures the value of the 40 most profitable companies.With regard to the shareholder structure, it should be noted that 92 percent of shareholders are institutional investors.Eight percent are private investors.One percent of the shares is privately owned.The sales of ADIDAS AG has been declining since the beginning of the pandemic, which also applies to the operating result.The dividend was three euros per share in 2020.