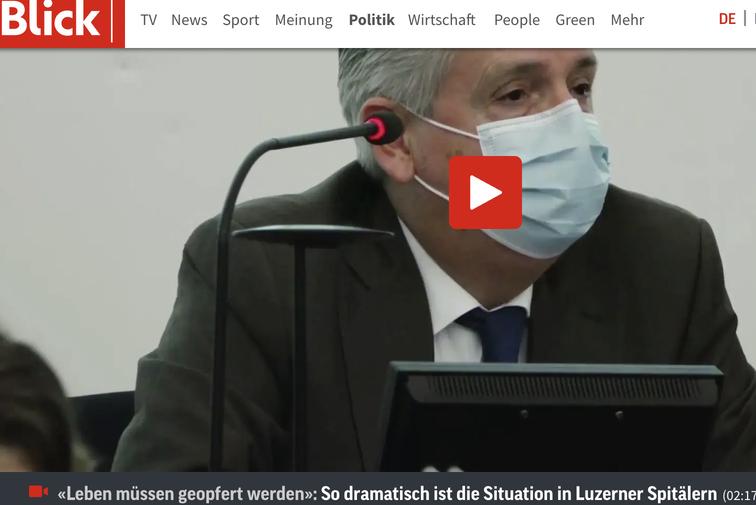 In two years of Covid, there was always only one hard argument for closures, isolation, coercion: the hospitals must not collapse.

Now it turns out that this danger was never real. Blick and Léman Bleu, an online medium based in French-speaking Switzerland, reveal that only about half of official Covid patients have been hospitalized for the virus.

"In several cantons, around half of the patients are admitted for other reasons and only test positive later," says Blick today.

The story made it prominently into the big SRF early news. She's explosive.

The whole Covid closure in Switzerland is based on hospitalizations. It was THE indicator of the pandemic.

Now it turns out that it was twice as high as it actually was. A fake of the galactic variety.

Sick people who have been admitted have been identified as C-19 patients who are "actually in the hospital with a broken leg," Rado SRF said this morning.

Break instead of Covid - and those responsible are doing something unprecedented on this completely wrong basis: They paralyze the country, drive the economy to the abyss, split society, make people confused.

There is currently a risk of collapse because more than 100,000 Swiss with a risk of omicrons are in isolation or quarantine. Trams and trains are at a standstill, nurses are missing in droves, offices are closing, hotels are lacking staff, SMEs are giving up.

At some point the rubbish is left lying around - that would then be a new risk of epidemics.

Now that the economy is collapsing, easing is suddenly happening quickly. The isolation time for infected people could be halved to 5 days, and the quarantine for those at risk has already been reduced to 7 days.

Omikron rages like no variant before. And this corona mutant is not worlds less bad than its predecessors Alpha and Delta.

But now it's about the sausage: the economy. It has to work, that's why it's opened. It's the economy, stupid. Nothing new.

It's crazy that Switzerland let itself be fooled by the panicky people around the hospital system. Not once, not twice - again and again. 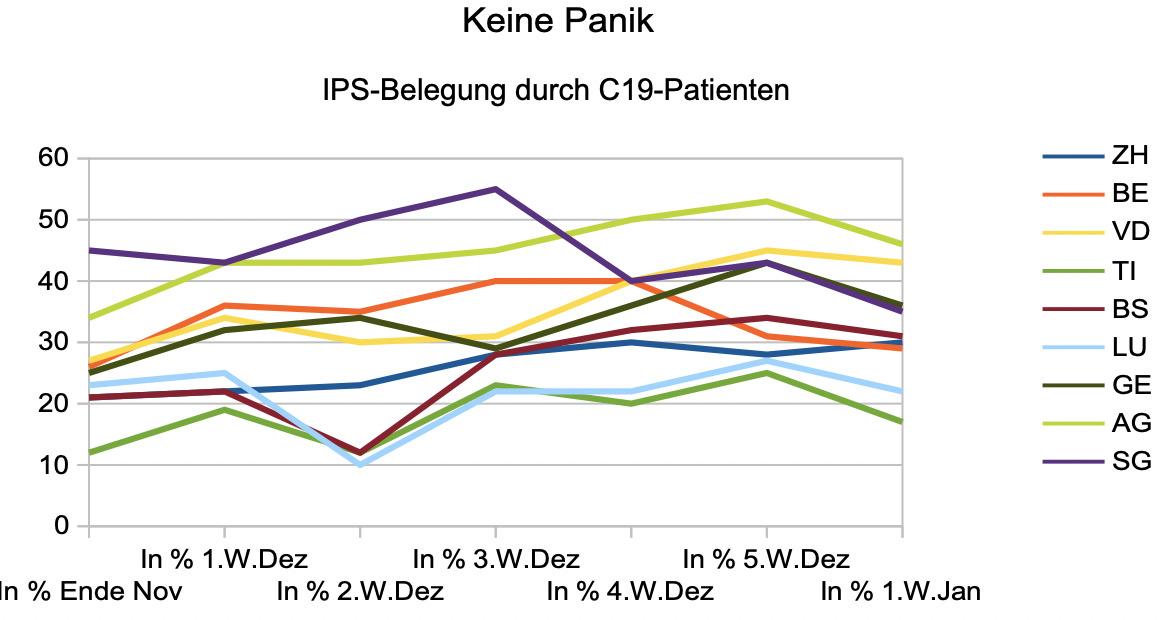 The Lucerne hospital managers provide the latest example. The Christmas days were hardly over when they hit the plaster in a loudly staged press conference.

"Important operations had to be canceled because Covid patients occupy the IPS stations - many are young and unvaccinated," Blick reported.

The utilization of C-19 patients in the Lucerne intensive care units at the time: 19 percent, well below the Swiss average. The Lucerne health department was asked why this emotional warning was given in view of these low numbers.

His long answer: "The occupancy of the beds has fallen again, but we assume that this will change very quickly."

“With the resumption of urgent interventions after Christmas, the IPS beds will be filled very quickly. Furthermore, the Viurs variant Omikron spread rapidly worldwide.”

"It is transmitted much faster than the already very contagious Delta variant, which could lead to an explosive increase in the number of cases in a very short time."

"And even if severe cases leading to hospitalization were to occur less frequently at Omikron, the large number of people who fell ill at the same time could soon push the already busy hospitals beyond the breaking point."

"In addition, due to the rapid spread of omicron, numerous - often simultaneous - absences of staff in the hospitals are to be expected."

"For these reasons, it was very important to us to inform the public transparently that triage decisions could soon be necessary and how the Lucerne hospitals are preparing for them."

There has been no collapse since the Lucerne health director appeared almost 2 weeks ago. The occupancy of the IPS beds with Covid patients in Lucerne increased only slightly, from 19 to 22 percent.

The picture is comparable in the other cantons with the most IPS beds. The situation has not worsened, but mostly relaxed.

It remains to be seen whether Omikron will allow the numbers to skyrocket in the coming days and weeks. You can't rule that out - if you stay cautious, you're doing the right thing.

Nevertheless, the news this morning that only about half of the reported Covid hospitalizations are actually due to the virus has the potential to be a game changer. Questions arise:

Why was this key indicator doubled? Who knew when? Why did those responsible still use the IPS allocation for their measures? Who is responsible?