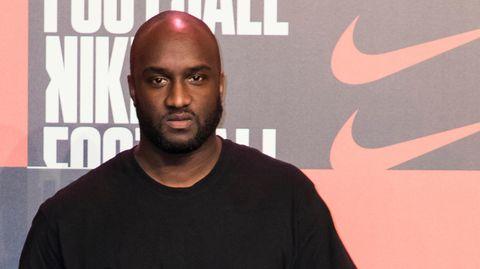 New York (AP) - After the death of US designer Virgil Abloh, 200 pairs of shoes he designed were auctioned in New York for a total of more than 25 million dollars (about 22 million euros).

Whole place disappears from the scene - until now

This mega crash ends for BMW drivers on a roof

German city is sinking - it lured with great wealth

Can she stop Putin?

The 200 pairs of the debut Air Force 1 sneaker that Abloh designed for fashion brands Nike and Louis Vuitton would have fetched a total of $25.3 million at Wednesday's auction - more than eight times the amount previously estimated. announced the auction house Sotheby's.

The most expensive item was a pair of shoes in size 37, which fetched around $350,000. A pair of shoes with size 44 received the most bids - a total of 68. The proceeds are to go to a foundation that supports the education of black schoolchildren.

Abloh died of cancer in November at the age of 41. Most recently, he worked as a designer and creative director of the men's line at Louis Vuitton.