Dwayne Johnson: He takes a shower three times a day 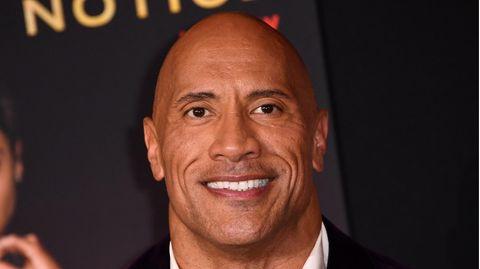 Dwayne Johnson: He takes a shower three times a day

Dwayne Johnson assures his fans that he showers three times a day. Previously, some stars had told how rarely they bathe.

After some stars spoke out about how infrequently they bathe, Dwayne Johnson, 49, assures fans he doesn't fall into that category. When a user addresses the topic, the US star writes on Twitter: "No, I'm the opposite of a celebrity who doesn't wash". 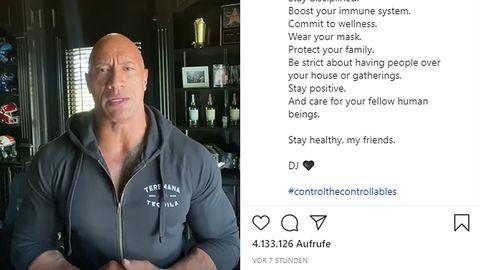 Specifically, he even showers three times a day, as he explains afterwards: "Shower (cold) when I get out of bed to start the day. Shower (warm) after my workout before work. Shower (hot) when coming home from work," The Rock said. But that's not all, he also reveals what he does in the shower: "Wash face, wash body, scrub and I sing (unofficially) in the shower".

Actor couple Ashton Kutcher (43) and Mila Kunis (37) launched a public discussion about celebrity hygiene during a podcast appearance last month. Speaking on Armchair Expert, hosted by actors Dax Shepard, 46, and Monica Padman, 32, Kutcher said, "I wash my armpits and crotch every day and nothing else." Among other things, Kunis added that she did not bathe her two children Wyatt (6) and Dmitri (4) "every day" when they were still small children.

Dax Shepard and his wife, actress Kristen Bell, 41, then appeared on The View, where she revealed she would "wait for the smell" before bathing daughters Lincoln, 8, and Delta, 6 . Whereupon he added that "sometimes five or six days" lie between the baths of the little ones.

And Hollywood star Jake Gyllenhaal (40) also joined in this chorus in an interview with "Vanity Fair" and said: "Sometimes I find bathing less and less necessary."