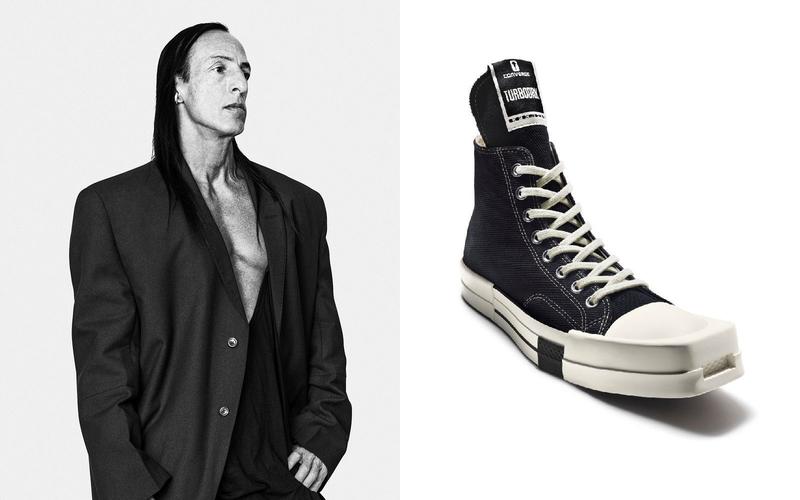 After the collaboration with Stüssy already made it into our 2020 leaderboard, fashion and meme icon Rick Owens dares another step from the high fashion scene into the world of sneakers and streetwear. Together with Converse, the two partners are bringing together what has actually belonged together for years on the new silhouette of the TURBODRK Chuck 70. (Also read: Culinary, cool: Everything about the new Nike SB Dunk Low “Street Hawker”)

Because Converse's black and white canvas shoes and Rick Owen's universe of modern minimalism and contemporary luxury, while existing independently, have been clearly linked over the years. A connection that led Owens to create the DRKSHDW SS14 RAMONES, a subversive take on Converse's first basketball silhouette and the brand's classic: the Chuck Taylor All Star.

This is how Rick Owens designed the TURBODRK Chuck 70:

The TURBODARK Chuck 70 fits the style of Rick Owens, who is known for twisting significant silhouettes to give them a bold twist. The Chuck 70 was also properly bent and pulled. The first thing that catches your eye is probably the tongue, which has been extremely lengthened for this collaboration. A slanted toe comes on top and creates high fashion covers. (Also: Supreme x Nike: The SB Dunk Low comes in four new colorways)

"When I see something ubiquitous, I feel like I want to distort it. I don't know why. Maybe it's some kind of adolescent rage. But that's one of the biggest charms for me about the Chuck Taylor All Star," says Owens about the joint project. Whether prepubertal or not: the alliance of the two icons has vividly merged both worlds and the result is a shoe that is a very clear highlight in Converse's more than 100-year history. The Chuck Taylor is also officially featured on the world's catwalks - where it has often been worn and copied anyway.

Unfortunately, an exact release date has not yet been set. However, we expect a release in the next few weeks.

New Balance 57/40: The sneaker classic gets a new look